When you think of Colorado, you think of the Rockies, wildlife, hunting, and anything to do with the great outdoors. Most people don’t consider it a particularly haunted state. But, scare seekers won’t be surprised to hear that many Coloradans love their state so much, they refuse to leave long after they’ve passed.

In the event Covid-19 hasn’t been scary enough for you this year, the team at Colorado Trailers Inc. invites you to join us as we travel around five of Colorado’s most-haunted destinations. And if you find you’ve had enough of a scare for one year, we’ll help you find fall-themed fun the entire family can enjoy.

We’re going to start our tour south of Castle Rock and Colorado Springs. In the Royal Gorge Region. In Cañon City. You’ll find one of Colorado’s most haunted destinations at the Museum of Colorado Prisons. You and your guests can explore this two-story, 150-years old prison including its 30 inmate cells, laundry room, original kitchen, isolation cells, and much more.

While on your tour, be aware of cell 19 where visitors often report hearing coughing, and their photos often reveal ghost orbs. The old laundry room also has a distinct smell of tobacco, although there is no tobacco in the near vicinity. Before you leave, don’t forget to visit the exhibits of notorious inmates which most-notably features a man who was convicted of cannibalism.

If prisons and ghosts aren’t your things, consider taking a ride on the Royal Gorge Route Railroad. This two-hour train ride loops through the gorge, offering some of the most gorgeous views in Colorado. 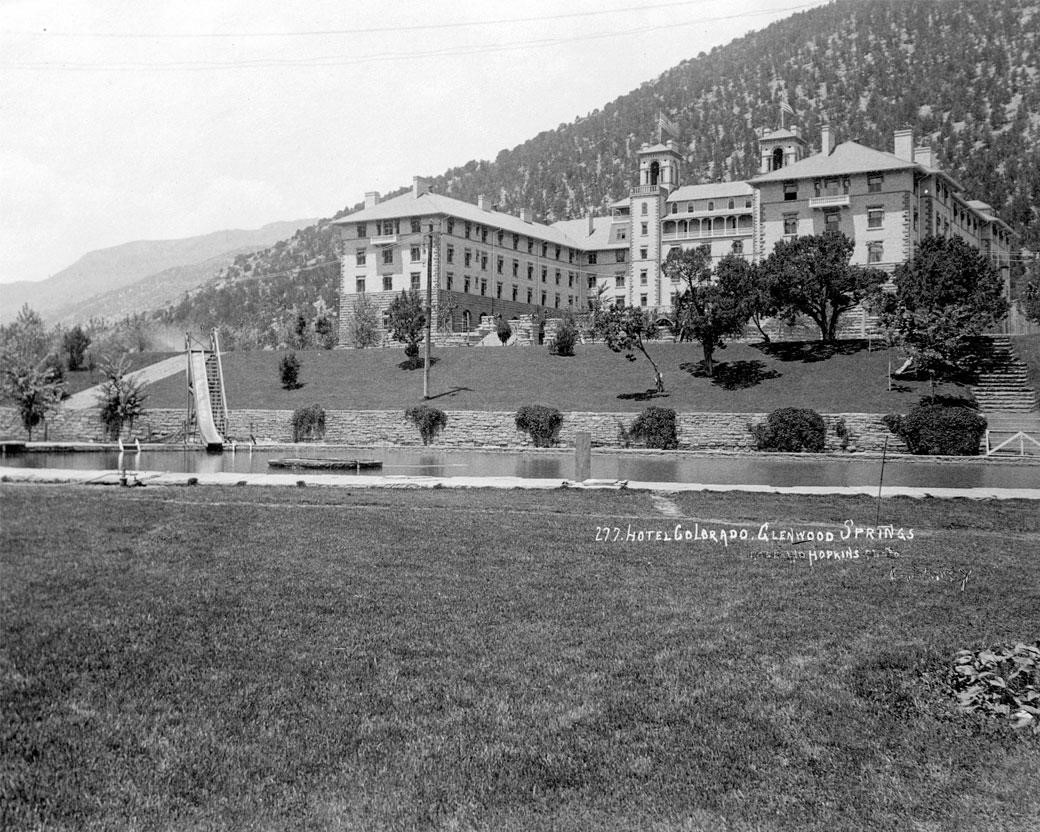 Our next stop takes us west, up through Buena Vista and Aspen, and into the White River National Forest. Tucked in the valley, you’ll find Glenwood Springs’ Hotel Colorado, and the next destination on our haunted tour.

Within this 19th-century structure lives a haunted history. During World War II, this hotel was converted into a naval hospital where as many as 500 injured military personnel sought shelter and healing. The basement is also said to bare giant ovens that were previously used as crematoriums for the dead — some call this accusation a hoax, and their website states the basement was used as a military brig or prison.

Aside from the soldiers, many say the hotel is also haunted by the sprites of the local Ute Indian tribe who often visited Glenwood’s famous hot springs before their ultimate exile. In the event you don’t want to spend your time in Glenwood hunting ghosts, you can release all of your fears and anxieties in Glenwood’s soothing hot springs. 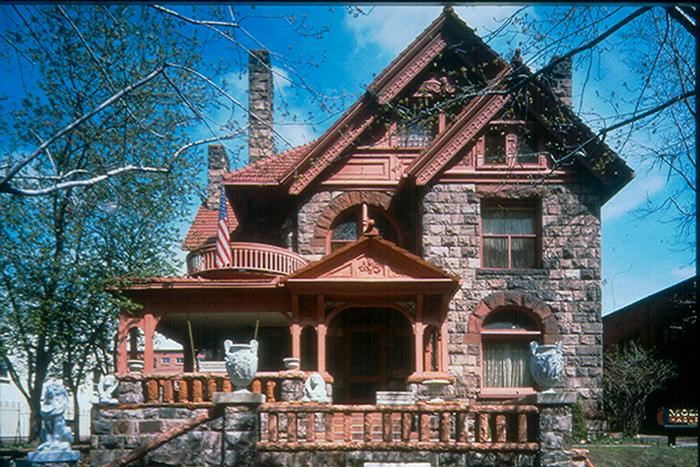 Our next stop takes us winding through the mountains along I70, heading east into the Denver area. It’s there on Pennsylvania Street that you’ll find the notoriously haunted Molly Brown House. Today, it’s converted into a museum, but this house holds a more sinister secret.

Molly Brown was best known as one of the Titanic survivors who was renowned for her philanthropic spirit. But in its 100-year history, the house has been home to wayward girls, and an apartment for young men.

Among its many annual visitors are ghost hunters who share stories of multiple haunting including the ghost of Molly, herself. If you’re not too keen on meeting a 100-year old ghost, you can take a virtual tour of the house from the comfort of your own home — no ghosts allowed. 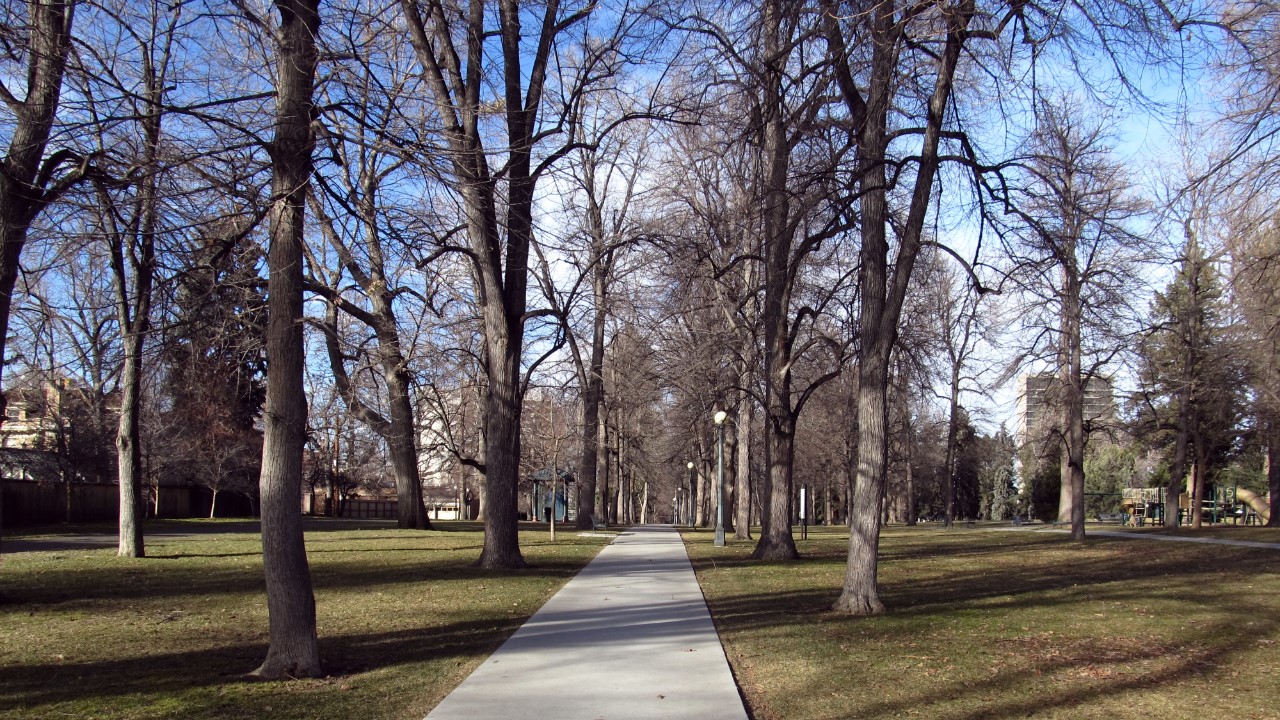 Our next destination won’t have you travel quite so far away, We’re heading just down the street to Cheesman Park. Home of the Denver Botanic Gardens and many local recreational enthusiasts, this spot doesn’t seem like a particularly haunted destination.

However, if you dig a little deeper into this park’s history, you’ll uncover an eerie start. This space was originally the home of Prospect Hill, a cemetery built back in 1858. Before the park was built, many of the graves were removed, but the bones of those who were left behind are still unearthed from time to time.

Locals tell stories of midnight encounters with the ghosts of Denver’s past. If you aren’t interested in seeking the paranormal, simply stay on the well-beaten paths. 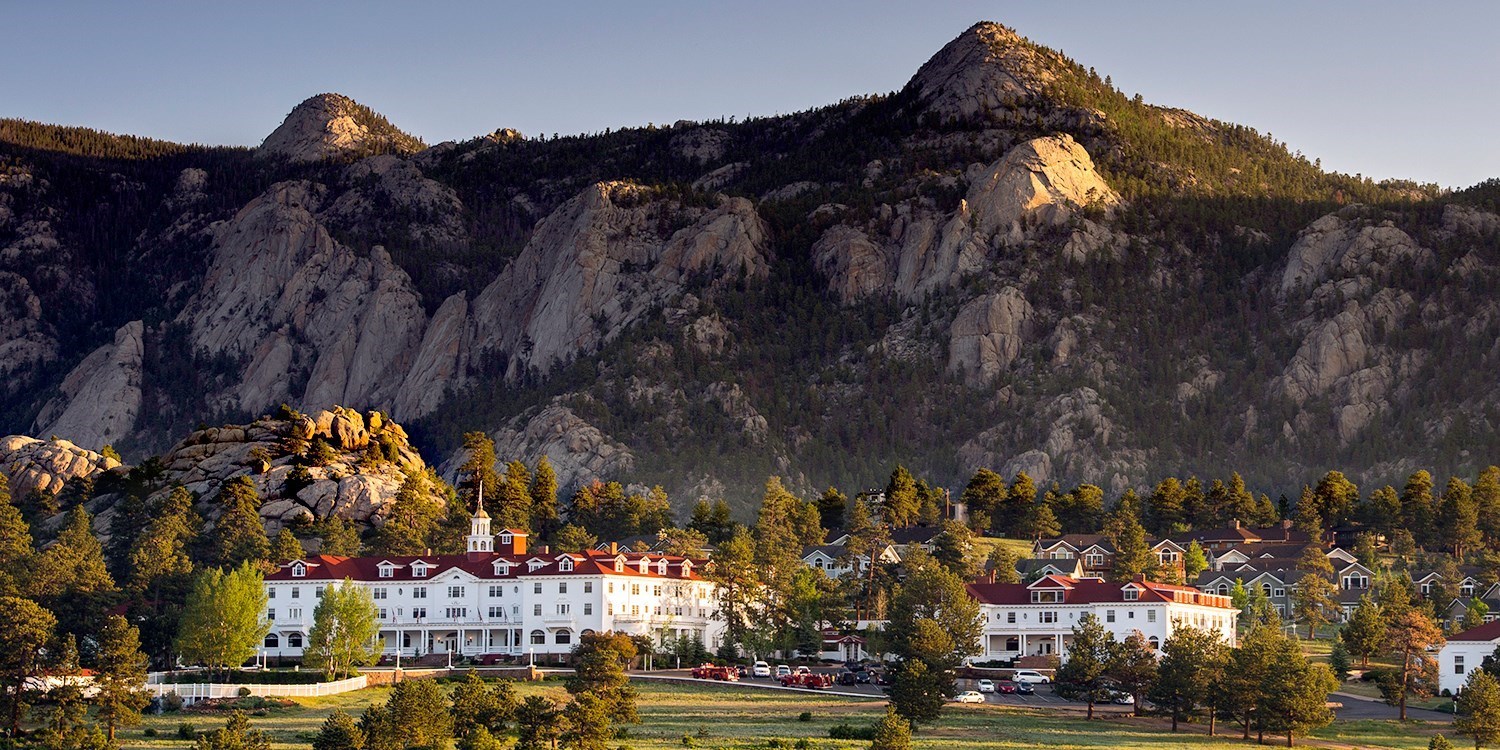 For our fifth and final destination, we’re heading north to Colorado’s most notoriously haunted hotel. Made famous by Stephen King’s The Shining, the Stanley Hotel In Estes Park has a spirited history of its own.

Construction on the hotel was started in 1903, but didn’t end until 1909. During its century of existence, the hotel has acquired a few guests that vowed to never leave. Most notably Eddie, Elizabeth, Paul, and Lucy. Long-time staffers report seeing these spirits wondering this hotel’s haunted halls. The Concert Hall is believed to be particularly haunted. Guests have reported many mysterious ghostly activities including laughter, footsteps, cool drafts, and flickering lights which many believe is the ghosts’ way of bidding guests, “goodnight.”

You can take a guided day or night-time tour, and you can even sign up for a spirited stay on the legendary fourth floor. If you’re not interested in ghosts, you might want to sit this one out. The folks at Stanley can’t guarantee that their spirited guests won’t introduce themselves during your stay.

If you plan to do some extreme ghost hunting, you may need a new trailer for all of your gear. If haunted spaces aren’t really your thing, we can help you find an off-road trailer to get you into the wild for an overlanding adventure.

Located just south of Denver in Castle Rock, you can count on Colorado Trailers Inc to get you fitted for your next adventure. Don’t take our word for it — read the reviews of our many loyal and satisfied customers. Contact us today to get started.